Public programme of activities: Rendering: The institution in transition

With “Rendering: The institution in transition”, the curatorial team of the 9th edition of the seminar on curatorial theory and practice On Mediation presents a public programme of activities at Santa Mònica which proposes to rethink the institutional dynamics of art by questioning the performativity and the circulation of bodies that transit the museum space, the bureaucratization of culture and the hierarchy of authoritative discourses about art.

The proposal, which will bring together a processual audiovisual installation, a podcast, a workshop and a guided tour, will take place in the falsely suspended time between the end of the current exhibition, “The tradition that runs through us”, and the inauguration of “The irruption”, an exhibition taking place in the framework of ISEA2022, International Symposium on Electronic Art. The programme will bring together artists and local and national multidisciplinary artist collectives, with Antonio Ortega, Nyamnyam (Ariadna Rodríguez and Iñaki Alvarez) and Esther Rodríguez-Barbero.

The programme is named after the computing process used to generate hyperreal images from 2D or 3D modelling. However, in this case, the process of rendering does not refer to the virtual representation of reality, but to certain transitional processes that go through artistic spaces, as well as the institutional machinery which seems to be temporarily paralyzed to the public. The origin of this apparent arrest has been the pretext for activating and dismantling the agents, the discourses and the cultural protocols of a project located within the artistic space of Santa Mònica. 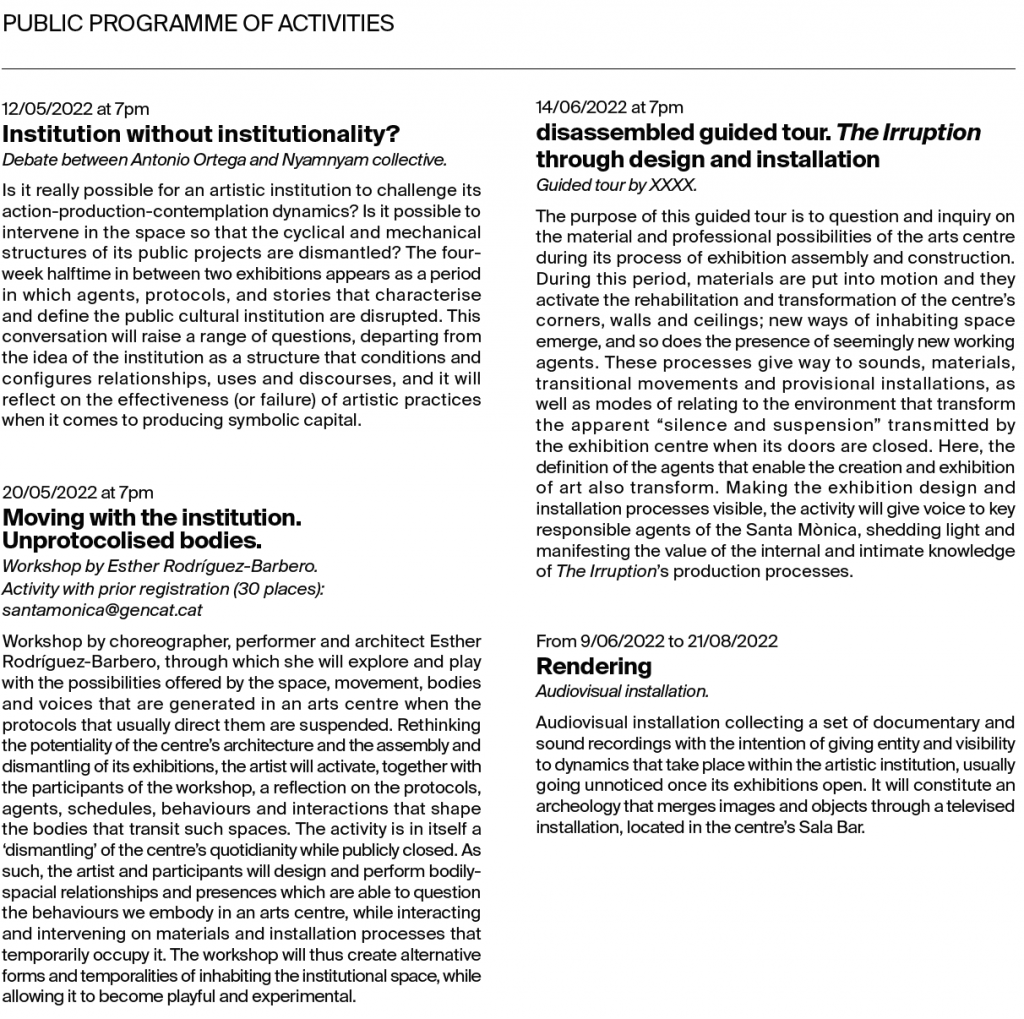 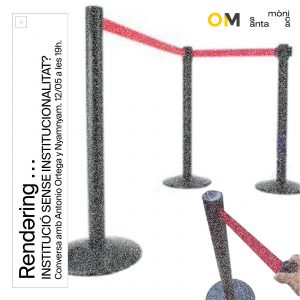